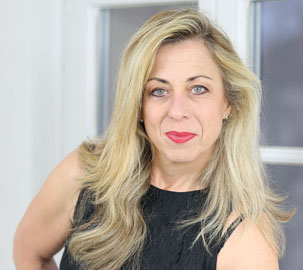 Rita Kapfhammer was a permanent ensemble member of Theater Ulm from 1997 to 2007, where she sang Santuzza in "Cavalleria Rusticana", Adalgisa in "Norma", Amneris in "Aida", Dalila in "Samson et Dalila", Jane Seymour in "Anna Bolena" and many other roles. In those years she sang in guest appearances an Opera Baltica in Gdansk (an Jane Seymour), on Gran Canaria (as Dalila), at the Festival de Musica Mallorca (as Santuzza) as well as a non-scenic produktion of Bizet´s "Carmen" in French.

From the 2007/2008 season Rita Kapfhamm was a permanent ensemble member of the Staatstheater am Gärtnerplatz in Munich. There she sang roles such as the titel role in Bizet´s "Carmen", Nancy in "Martha", Emilia Marty in "The MakropulosAffair", Mother Gertrud in "Hänsel and Gretel", the 3rd Dame in "The Magic Flute", Isabella in "L´italiana in Algeri" and Fata Morgana in "The Love for Three Oranges".

While she was engaged at the Staatstheater am Gärtnerplatz, she sang at a number of guest appearances in Germany as well as abroad. Among these were the roles of Santuzza (2007 and 2010)an Carmen (2009) at the "Festival de Musica Mallorca", Azucena at Südthuringisches Staatstheater Meiningen (2007), Fricka in "Die Walküre" at Theater Koblenz (2009), Ulrica in "Un ballo in maschera" at Anhaltisches Theater Dessau (2009/2010) and Dalila in "Samson et Dalila" an Staatstheater Nürnberg (2011). In 2012/2013 Rita Kapfhammer sang Ulrica at Südthüringisches Staatstheater Meiningen and in 2012 Waltraute in "Götterdämmerung" at Anhaltisches Theater Dessau.

Rita Kapfhammer has been with Anhaltisches Theater Dessau since 2012/2013 as a permanent ensemble member. She opened the season with Verdi´s "Aida" in the role of Amneris. In spring 2013 she sang Erda in "Siegfried". Moreover she was on stage as Parseis in the first German production of "Esclarmonde" and had solo parts in several concerts at Anhaltisches Theater Dessau.

In the 2013/2014 season Rita Kapfhammer will sing Adalgisa in "Norma", Sonjetka in "Lady Macbeth of the Mtsensk District" and Fedora Palinska in "The Circus Princess". Her non-scenic appearances will include the opening concert, Verdi´s Requiem and the contralto Rhapsody of Brahms. She will sing in guest appearances at Theater Vorpommern (contralto solo in the Symphony No. II by Gustav Mahler) and at Südthüringisches Staatstheater Meiningen (Verdi s Requiem).

In addition to her opera appearances, Rita Kapfhammer has an extensive concert repertory. She has sung in prestigious concert halls such as Munich´s Herkulessaal ("Missa Solemnis" by Beethoven and "Golgatha" by Frank Martin (1999) and the Konzerthaus am Gendarmenmarkt in Berlin "Requiem" by Dvorak (2010) as well as the Berliner Philharmonie " Messa da Requiem" by Dvorak (2010), "Messa da Requiem" by Verdi (2011) and "Te Deum" by Bruckner (2012).